SOME OF OUR MINDSHIFTIN’ WORK

A data-centric approach towards achieving an impactful, innovative and, most of all sustained digital presence has it’s perks. Read some of our legendary stories that have provided insightful power and wow moments for our clients.

Bisleri Vedica’s brand communication on living a life #FullofAltitude was at the epicentre of our overall campaign to launch the Glass Bottle. An integrated marketing campaign was devised around the personality of the Vedica Man. The Ad film shot at Taj Falaknuma Palace with our Brand Ambassador, Dino Morea, brought alive the overall campaign, with outreach through influencers, billboards, OTT platforms, social media, emailers and print publications. When Vivanta by Taj Gurugram was rebranded as Taj City Centre Gurugram, the need to highlight elements of Tajness while capturing the true essence of a city hotel were vital. MindShift Interactive drove the digital campaign along with a video production by MindShift Studios, capturing a holistic city hotel experience bundled with glimpses of the modern city.

A video created by MindShift Studios captured a Guests experience when on a work trip to Gurugram, and how Taj City Centre Gurugram made it smooth from the minute they checked in to the modern city, Gurugram, that offered a plethora of activities to have some fun. The video was well received, garnering 530K views, with a total of 2.03 Million impressions. The campaign, #CheckIntoTajCityCentre received an outreach of 990K.

The social media campaign by MindShift Interactive leveraged innovative content forms to highlight the various amenities offered by the Hotel, with heavy engagement in the form of comments and shares seems towards the usage of Live Photos technology, primarily targeting mobile-first users, asking them to Hold on to the image to see experiences come alive.

Cinemagraphs, micro videos and InsaStories drove further engagement for the campaign, resulting in buzz, awareness and queries that were linked back to the website.

JW Marriott Mumbai Sahar gave a new spin to the traditional Food Festivals by taking influencers to Thailand to experience the food, art and culture of Bangkok. Their Thai Specialty Chef Rungtiwa Sorlae and Executive Chef Vishal Atreya curated the experience towards realising the true essence of Thai cuisine and bringing it back to Mumbai. MindShift Interactive captured the overall journey on social media, building a mesmerizing experience for all to view online.

Here's how the #JWSaharTrails in #Thailand scored across digital 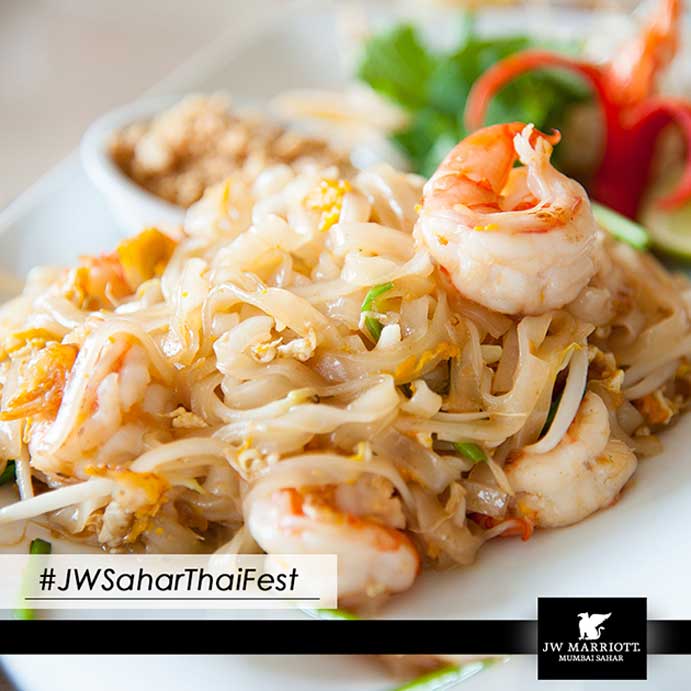 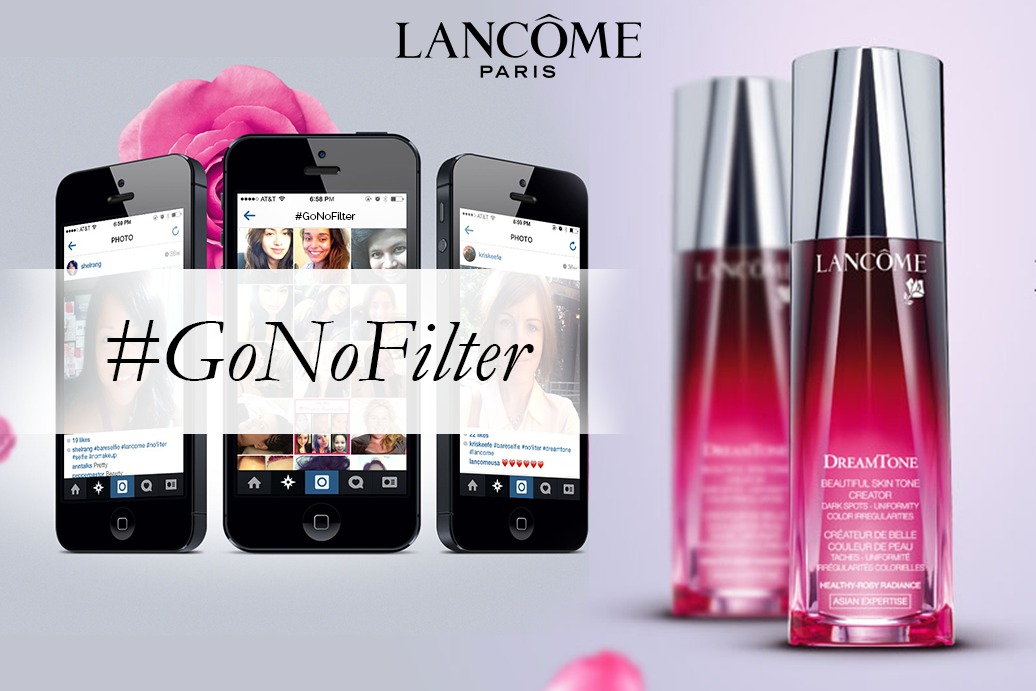 Lancome India created buzz across digital towards the launch of their new product, DreamTone, leveraging a campaign to bring out the true beauty of women, asking them to #GoNoFilter.

MindShift Interactive leveraged their experience in devising an Instagram Influencer Marketing based campaign. The strategy adopted lead to a result of the campaign being named as the Highest Outreach campaign on Instagram.

#FeelingBlue was a Twitter campaign conducted for Reliance 3G to announce their association with Android. MindShift Interactive ran the campaign across Twitter on a Monday, the day when people truly feel blue. We created a MindShift of changing the emotion of feeling blue from a sad one to an extremely happy one, reaching audiences worldwide and getting immense PR coverage. 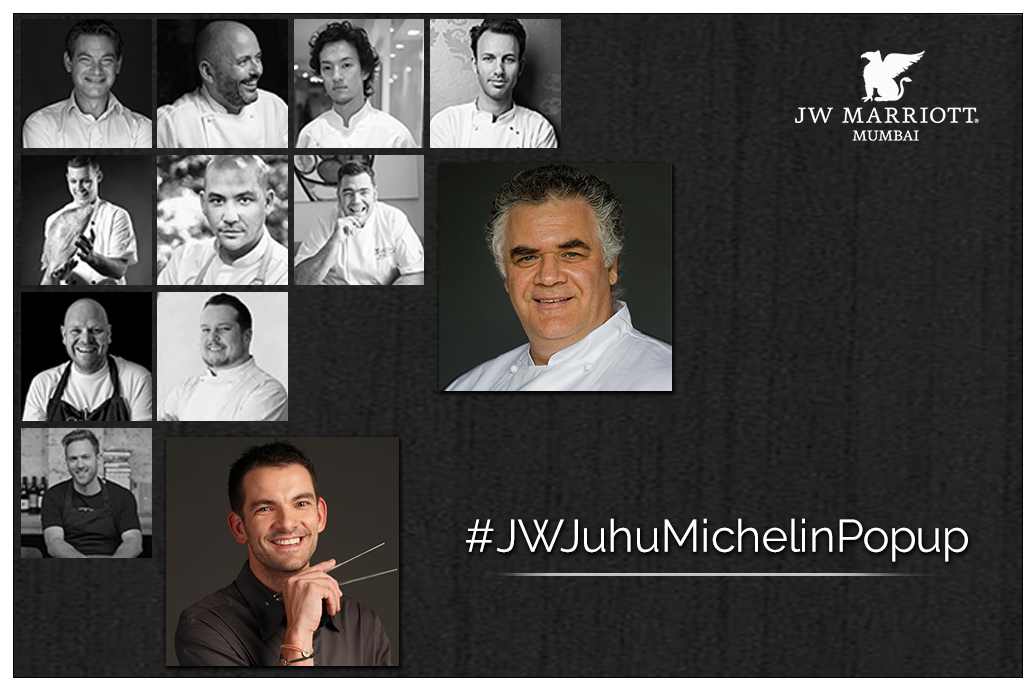 Continuing to deliver on our promise to be the Home of Michelin Chefs in India, JW Marriott Juhu hosted the second edition of the extravagant #JWJuhuMichelinPopup featuring Three-Michelin Star Chef, Alvin Leung! With a uniquely crafted 6-course gastronomical fare, the ‘Demon Chef’ gave Mumbai a taste of X-treme Chinese!

In order to amplify their association with World On A Plate as the Official Hospitality Partners, JW Marriott Bengaluru created awareness on digital around the 3 MasterChef’s visiting Bengaluru for a culinary journey, which included a MasterClass, tête-à-tête sessions and VIP brunch. A digital story was told through engaging content online and live coverage across Twitter, Instagram and Facebook which captured the MasterChef judges through interviews, rich media and influencer-curated content. Read on as we showcase how each platform resulted in an ROI and the innovative use of content helped increase excitement levels among the audiences.

The Season 3 of Walk For Health 2014 by Max Bupa Health Insurance focused on creating a mindshift amongst people to walk towards a better lifestyle and encourage those around them to join in too. With a perfect mix of Facebook and Twitter engagements, Celebrity-lead Google Hangouts, Informative WhatsApp content, we drove registrations towards the event and drove a massive turnout which was 40% higher than the previous year. MindShift Interactive has been partners with Max Bupa for 3 years of Walk For Health. 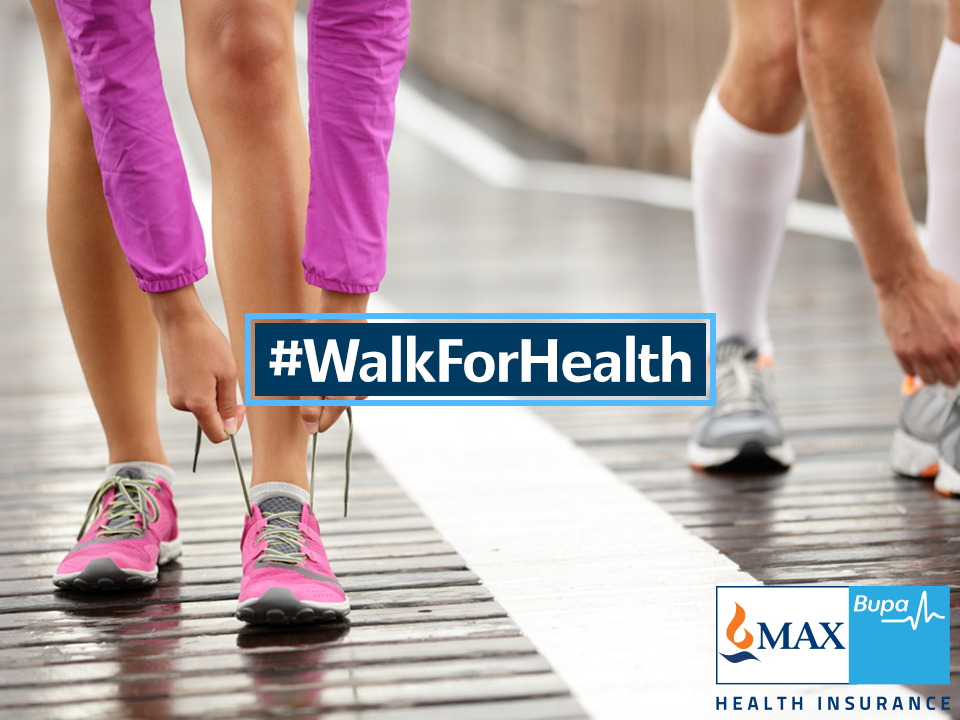 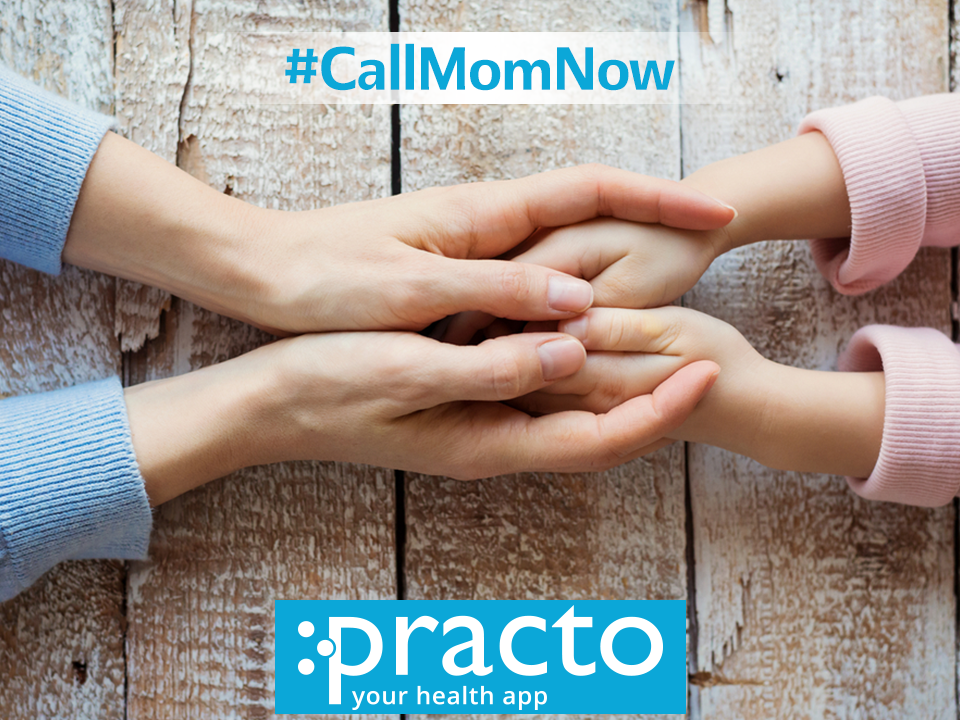 We wanted to say Thank You to the first doctor we ever called out to via digital so using a digital-only video, we asked users on social media to watch the video and #CallMomNow. Being topical, relevant and consumer-friendly made the campaign see high outreach, influencer engagements and industry leaders speak out loud and perform the action we asked them to call their mother’s and tell them how much they loved them. With the video reaching over 500,000 views and an outreach in Millions, #CallMomNow was an interesting Mother’s Day campaign by MindShift Interactive that received great positive feedback.

As a pioneer within the radio taxi service in India, Meru Cabs once again launched Carpool by Meru, an initiative to make people travel together and give back to others around them.

The Digital Marketing campaign, #DilKaDarwazaKholo, revolved around the sentiment of giving back to people by offering them a ride whilst also enjoying the company of others.
Digital marketing solutions right from social media campaigns to emailers, SMS pushes and banner ads created an outreach providing Meru Cabs with 3x the amount of downloads for its app, whilst successfully creating a MindShift amongst the Indian audiences towards sharing a car versus riding alone. 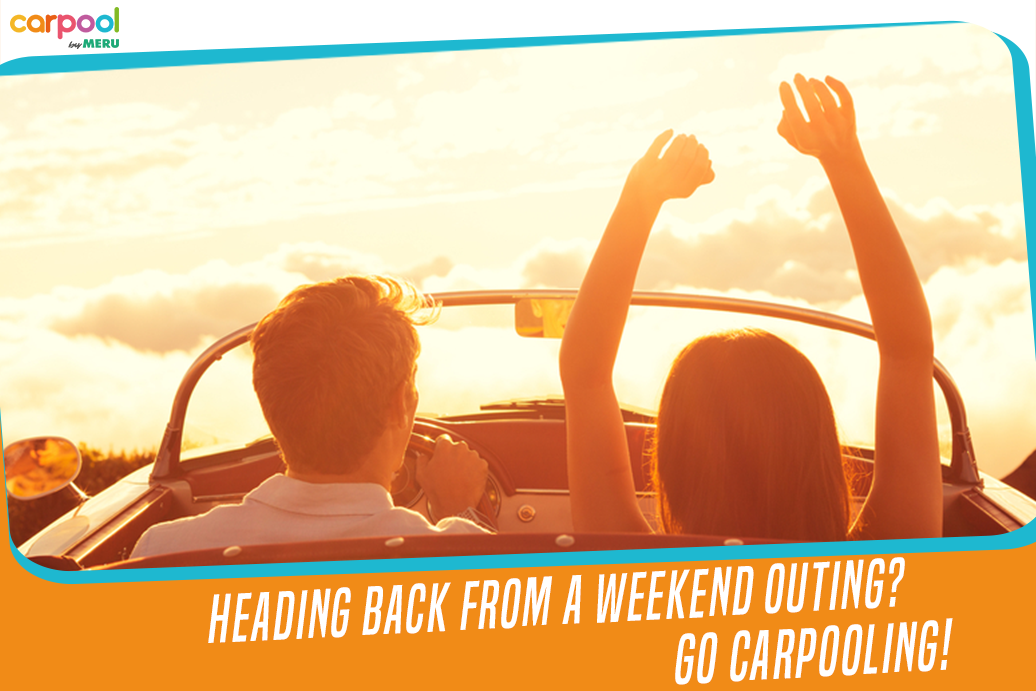 Za from the House of Shiseido- #Truebeauty

Za Beauty India wanted to promote their True White range of products on social media and the core brief was to build awareness of the line amongst new audiences. “Truth is Beautiful…Always” was the insight that drove the campaign. MindShift Interactive launched with core insight that today’s youth increasingly uses emojis as a mode of expressing themselves, versus just words. India’s first emoticon based contest was launched to increase interactions and new followers, with a focus on the mobile dependent audiences.

Taj Swarna, Amritsar is the latest entrant to the ​I​ndian Hotels Company Limited​, ​and the first to launch via digital for the group. We crafted a holistic campaign depicting the connect ​of culture and tradition ​between the city and hotel​. MindShift Studios created breath-taking photographs capturing facets of the city never seen before and a launch video that captured the connect between Amritsar and the Hotel. A social media campaign followed to create awareness and drive footfalls. 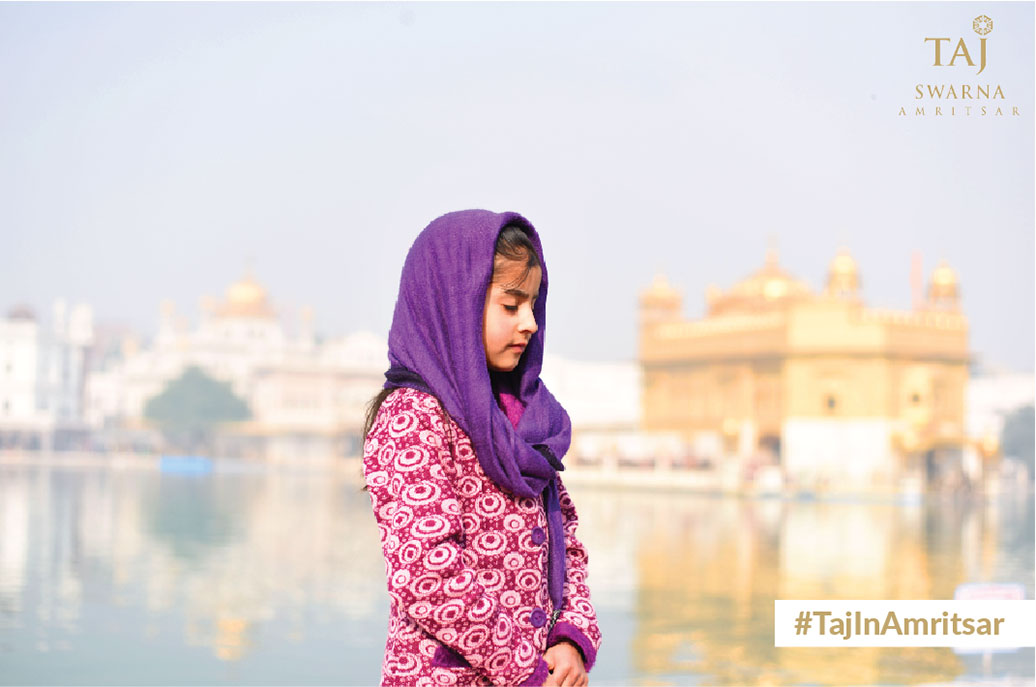 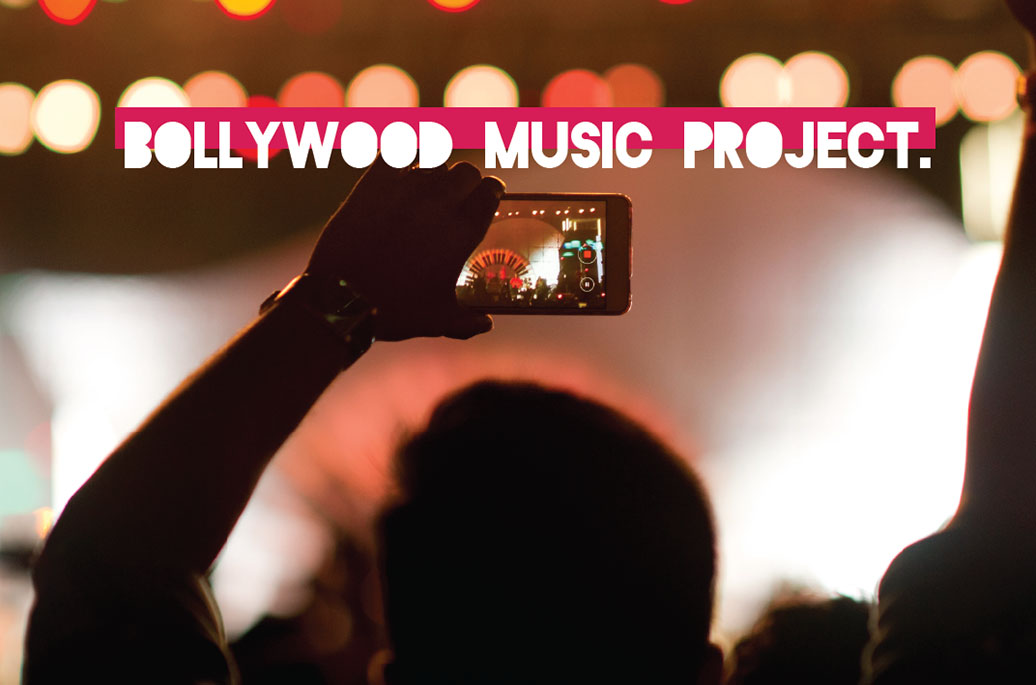 Bollywood Music Project, India’s first Bollywood amalgamation of music​, while keeping in mind the vibe of a music festival and the need to enjoy it without inhibitions, launched the positioning #LetGo. With the intention of professing the need to live in the moment, engaging content, micro videos, influencer relations, media buys drove awareness and ticket sales while the event coverage created a lasting impression through the usage of innovative live streaming technologies.

For the very first time, Taj Mahal Palace opened its doors to ​select Instagrammers and gave them an opportunity to partake in the Heritage Walk, an experience exclusive to guests of the hotel. The rich experience delved into the legacy and allowed photography of the entire journey. Anecdotes and memories plucked from 113 years of its glorious history were captured by Instagram Influencers and account for a massive amount of user-generated content for the brand. 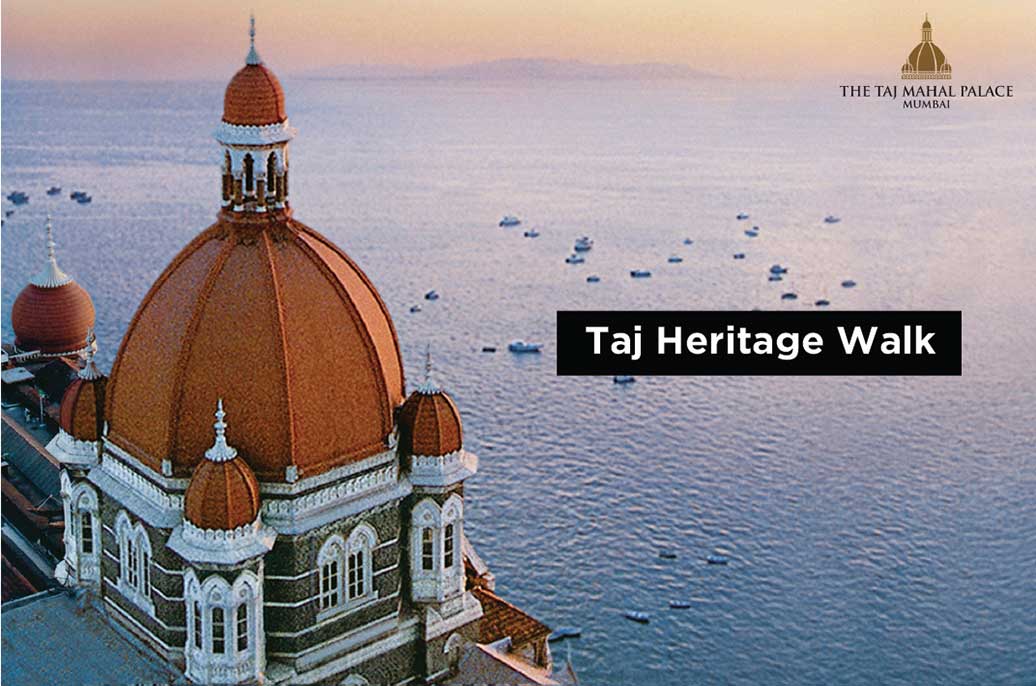